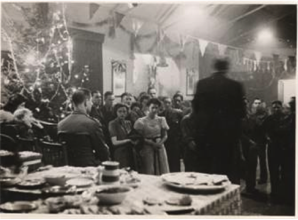 St Margaret’s Institute was the first house to be built in Polstead Road, in 1889. Some of the well-to-do parishioners of St Philip and St James had invited subscriptions for the building of a Working Men's Institute, "to provide rational amusement and instruction for working men of any creed, sect, or opinions, who may thus be kept out of public houses". Enough money was raised to buy from St John's College the 99-year lease of a plot of land on which to build a three-storey parish institute.

The ground floor housed a Working Men's Club, open each day from 2pm. There was a spacious Games Room for cards, darts, chess, and dominoes. Off this was a washroom and a bathroom (a boon to the men of Hayfield Road, whose houses had been built without baths). Running from one end of the building to the other was the billiards room, said to be the finest of its kind in Oxford, with raised cushioned seating round the table. A library contained all kinds of books and numerous periodicals. In every room there was a blazing coal fire. Everything in the Club was of good quality: real silver cutlery and real china.

The Club was a flourishing concern. It usually numbered about 150 members, who had to apply for admission and be sponsored. The hall was added in 1928 and opened by Princess Marie Louise, a granddaughter of Queen Victoria..
The Institute also housed the Daisy Club which had 56 members, 34 of whom were in domestic service. It ran a Lending Library and a full programme of dances, suppers, drama classes, and entertainments. Cubs, Brownies, Guides, and Scouts were also based at the Institute.

In 1940, after the evacuation from Dunkirk, 45,000 soldiers from all over the British Isles were camped on Port Meadow nearby. Mr and Mrs Openshaw and their daughter Peggy, who lived on the corner of Polstead Road and Woodstock Road, conceived the idea of organising social evenings in the hall at St Margaret’s Institute to entertain the men. And so “Maggie’s Club” was born. Funded by donations from friends of the Openshaws, club nights were held every Monday, Wednesday, and Friday for the next five years. Entrance was free to members of the forces, and local people were also welcomed. Refreshments were served (tea, buns, chocolates, and cigarettes), and there was dancing to the music of Victor Sylvester. The club was a huge success. The camp on Port Meadow eventually closed down, but the Royal Army Medical Corps was billeted at St Hugh’s College in St Margaret’s Road, and “Maggie’s” continued in being, serving nurses and orderlies, as well as RAF personnel from nearby aerodromes.
By June 1945, Maggie’s Club had held 838 sessions and was reported to have served over 150,000 cups of tea..

After the war the Institute’s local popularity began to decline. Part of the reason was the advent of television, and part, perhaps, was the refusal of the trustees to allow the sale of alcohol on the premises.

But – as one of the few public buildings in Oxford that was equipped with a stage – it was used occasionally for rehearsals and performances by undergraduate drama groups, among them the famous Experimental Theatre Club, which numbered among its members Kenneth Tynan, Michael Flanders, and Sandy Wilson in the 1940s and The Cherry Orchard with Maria Aitken as Madame Ranevsky in the 1960s.

By the late 1970s the Institute was becoming shabby and neglected. The congregation of St Margaret’s Church had dwindled, the church seemed doomed to close, and a small band of stalwarts had great difficulty in keeping the Institute running. The whole building was in a horrific state of repair. There was no money, and the lease, with its attendant dilapidations bill, was due to expire in a few years’ time. But the ground floor was still well used by a variety of clubs and groups including the Civil Defence, who practised measures to protect against nuclear attack by abseiling down from the balcony in the hall.

In the 1980s, as the initial 99-year lease was approaching its end, a Management Committee for the Institute was established by St Margaret’s Church and raised enough money for necessary refurbishments and was awarded a further 12-year lease. After many further negotiations the church succeeded in agreeing a 999-year lease from St John’s, if they could raise £400,000. The Management Committee then led four years of intensive community engagement and fund-raising from a wide range of sources. This resulted in the successful purchase of the lease in 2008 and the securing of the Institute as the valuable community resource it is today, in large part thanks to the generosity of local residents, as when the Institute was built in 1889.